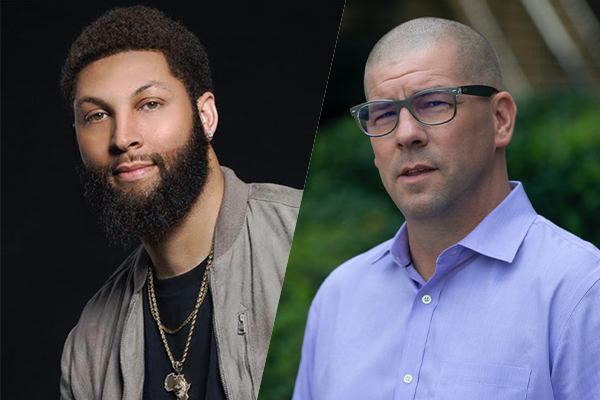 Eric Tomosunas’s indie Swirl Films (producer of TV One’s Uncensored) and Kellon Akeem’s Mansa Productions (Percy, Nine Days), both based in Atlanta, are gearing up to debut the virtual Black Life Film Fest (BLFF), a joint effort to “support and empower” Black filmmakers across the U.S.

The digital festival, set to launch Sept. 5, will spotlight short films — including documentaries — that explore the “beauty and complexities of Black life.”

Films will stream during the digital event on a number of platforms, including Mansa’s MTANow mobile app, as well as Swirl Films’ Instagram Live, with additional virtual viewing options expected to be announced.

The top 10 filmmakers exhibiting will receive US$5,000 towards their journeys into the film industry. Winners will also have the opportunity to meet with executives for potential distribution deals for their projects.

Immediately following the screening, the top five short films will be selected, and the winners will pitch and workshop additional projects on-site at the Swirl Films and Mansa offices with key producers, writers, directors and editors.

Realscreen caught up with Akeem (pictured left) and Tomosunas (right) to talk about the festival’s vision, creating opportunities and what role documentary will play at the event.

This interview has been edited for clarity and brevity.

What is the origin of the Black Life Film Fest? How long has it been in the works, and how was it brought together?

Eric Tomosunas: The origin of the event was really just a call for action in light of all the things that were going on in the world as it relates to police brutality and excessive force. I, with some of my partners, were just watching everything on TV. We certainly know the arts are also a form of expression just like protesting is a form of expression.

The original intent — and not that it’s changed — was, ‘Is there an opportunity that we can give someone that will turn this energy into some creative genius?’ The arts help heal [as well as] give a person a chance for their voice to be heard through the medium of screenwriting or filmmaking.

It started as a screenplay competition so we could get voices heard and then Kellon anted up the stakes.

Kellon Akeem: I was scrolling through [Instagram] and I saw Eric’s post and it was emotionally-driven, and it was straight from the heart. You could tell he just really wanted to do something to better the circumstances of what we’ve been facing thus far.

Neither one of us probably had the exact, best answer of how to go about doing this. I just knew I wanted to help. And Swirl, they’ve created a great thing in Atlanta that’s continuously growing. In Nashville, we’ve literally tried to do these type of short film competitions and things of this nature before.

I’m really big on finding fresh voices… that could tell you stories that could open some eyes to what’s going on and make people feel better at a time. It was just a no-brainer for me.

Could you talk about the vision and goals for the festival? Are there plans to take it live in the future, post-COVID?

ET: I can definitely see this becoming a real annual event. We have just been so taken aback by all the amazing submissions we’re receiving thus far. So, there’s definitely a potential longer-term strategy but we’ve just been caught up in trying to execute the initial call for action and getting that done.

A lot of these film festivals, the barrier of the cost of entry and getting there can be the challenge for some very talented voices that just may not have that opportunity.

[Swirl] is actually testing out creating a virtual film cam curriculum and some of the strategies, some of the techniques, some of the things that we’re doing there may be what Kellon and I take away from this to create an annual opportunity.

ET: It’s open to all formats. We love both — the scripted and unscripted worlds. Telling a story for us is telling a story and telling a good story, so we’re open to both.

KA: I don’t think we’ve got a single documentary, to be honest. I’ve branched over into the doc space more than film so I was hoping we’d see a lot more thus far. But we haven’t gotten a single doc.

I think everything that we’ve received thus far is things that were already made. So hopefully filmmakers are getting together and they have until late August to get something made. So, we’re hoping some people in the unscripted or the doc world are creating as we speak.

Could you talk about the contest?

ET: The good news about technology is that it has made the barrier to create a little less. I’ve seen some amazing projects shot on iPhones. I just thought that having film funding in the program would allow filmmakers out there… [to] take the risk knowing that that potential reward comes with being one of the chosen 10 submissions. That was the goal. We’re going to put our money where our mouth is and have some financial incentive that may push somebody over the line like, ‘You know what? I’m gonna do it.’